The bottle slides from Illya’s delicate fingers, landing amidst wild and lush grass. She pinches the long green stocks with her bare toes. It’s soft, like a never ending fur made of life. The early dew coat her feet with chill. She doesn’t notice.

“What’s this?” Illya picks up a rough stone, her youthful hands cupping its dark oval shape. A feeling itches at the back of her senses, tempting her out of reality. The rock gains meaning and changes before her eyes or is it in her eyes. It matters little to her. Even the obvious lie before her does not dissuade. This is what she wants and her tormented mind answers. A sad smile touches her lips and her face softens with a remembrance that steals her sight. She’s covered in a thick down comforter and the warm body next to her brings her awake. Gripping her husband’s strong hand, she rubs the back of his palm against her cheek with bitter delight. His eyes open and he smiles.

The rock is rough against Illya’s fair skin, but she doesn’t seem to notice. A tremor walks along her visage. “How did you sleep?”

The rock embodies the taste of silence.

A tear falls radiantly down Illya’s lovely face, a stream surely crimson if colour took union with heart. The fragile warmth of emotion strikes the dew covered stone, fragmenting, lost amidst the play of tiny prisms.

The rough stone seems to bristle against her wet cheek.

Lowering her hand, Illya is leans over and grips the edge of the wooden coffin her fingers almost as ashen as her face or the body within. A deep ache bites into her chest, a whimpered breath escapes her lips. “Why did you? Just tell me why? What happened to forever?”

Illya stumbles away and her vision blurs. Trees loom above her cutting gaps of darkness upon the grass strewn floor. She reaches a large oak and drops to the ground with her back against it. She notices the rock in her hand and is about to throw it into a nearby stream, before something about it catches her eye. A thin line of purple runs along the side of it. Interesting and beautiful she wonders how something so strange could be made. She looks more closely, and the purple becomes more vivid. Suddenly it is a stream of purple and she screams out, but then it changes from a torrent to a calming brook and she calms. The purple stream stills and lays immobile in time as if it were a blanket of silk soothing her eyes. Then a body is revealed within its midst as if it were always there just never noted. She is close and stands up so she can see well. She is frightened, she hasn’t seen his body yet and the last days of the cancer were unbearable. But she has to if only to save face in the eyes of all the people around her. To herself she curses this place and everything it does. None of them know and none of the will know. With forced hesitant movements she approaches the coffin and stares at the dead form of the catalyst to her ambivalence. “You had to die and leave me. I still love you even though I shouldn’t. I might even say that I forgive, but I don’t know how. I just wish I knew what you saw in her. She was my friend…” She has to take a deep breath and clamp her eyes shut to stop the shame that might escape them. Her voice is weak, almost a whisper. “I love you still.” She reaches out for his hand.

Illya blinks through the haze of her failing existence. She holds the rock cupped in her hands, her eyes closed. So rough. Tense, she rolls the stone in her fingers, yearning to feel strong warmth blend into her skin. “I love you still.”

The stone responds with continuity.

Illya binds the stone against her chest, but the lifeless piece of earth doesn’t give comfort and her soul quakes. But, she grips it tighter, needing to hold something, anything, even if it holds no life.

A hiss of wind and the rush of powerful current whispers to her ear, mixed with the surge of crashing rapids.

Illya licks the tears falling over her lips, the taste of salt claiming her senses, anything to turn her mind. The water’s seductive voice calls. Standing on shaky limbs she stumbles towards sounds. A mist rises up to meet her and she takes a soothing breath, which clears her lungs. Finally, she feels alive and she jumps.

The air damp and cool cradles her fall in deceiving comfort. The strong hands of the mighty water embrace her to the end of silence. A screech, unrecognizable in its agony, crawls into her ears smothered in water. Her fair flesh to runs chill. She rolls within the rapids and is slammed into a boulder and just as quickly thrown off. The little air left in her now gone she scrambles for reality. And then it strikes deeper and colder the fast current she is within, a simple question. What am I doing? She cannot stand the pain of the voice. “Stop! STOP!” Desperate to find the source, she loses her grip on the stone. Frantic, she flails against the current of her release, but avails nothing. She cannot move. The water threatens. The stone is lost.

The screeching heightens, piercing into her like a blade of ice. Deep, deep it borrows, chilling her heart, stilling her soul. Illya’s voice rises in a deafening pitch to match the shrill madness in her ears. Yet, both voices are hers and the pain is too real. She weeps in the turmoil of icy water, her leg pinched, caught, and broken in rough boulders under the water of her release. The current weighs against her, licking her with its hunger. She weakens. The water threatens to engulf her one source of life, air, her ability to scream. She grapples with her twisted leg, plunging her head into the deathly cold of the water.

Something new, but very old breaks loose from within her, warming her deadening flesh and invigorating her torn muscles. A part of her being, a signature of her soul, commonly held by all life. Glimpses of her past and the potential of her future shine from within. Pain, sorrow, loss, agony have no meaning to the true desire sparkling in her dilating eyes. The desire to live. So primal, but so beautiful. With a crack and gurgled scream she wrenches her leg free. The current takes her once more. Not yet, in time, my love. The words of her mind flow outside existence, temporality, and reality snatched up by hands of spirit and carried on wings of purpose to the ears of her intent.

Illya clings to the branch.

In the Future Sense

Gift of a Soul 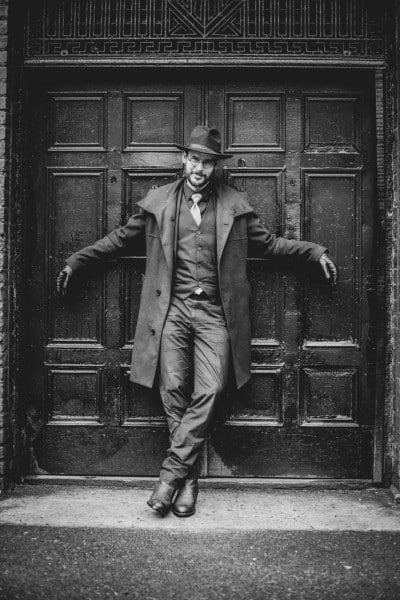